8 months ago in Knowledge Feed 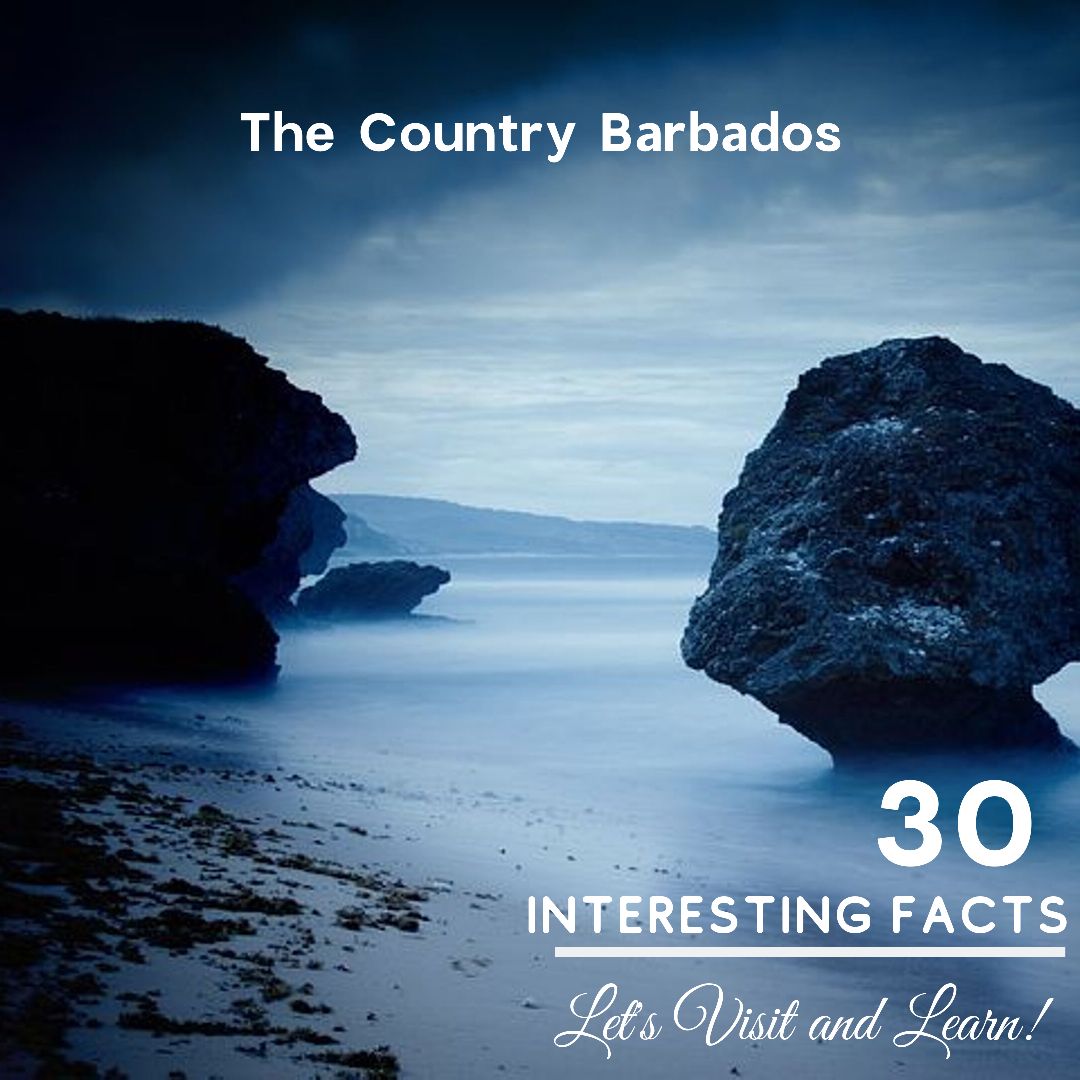 Barbados is located in the Caribbean region of North America. It is an island country having an area of 430 square km and is situated in the Lesser Antilles of the West Indies. The main capital of this country is Bridgetown, which is also the largest city. The official language used in Barbados is English. The main currency of the country is the Barbarian dollar (BBD). The country is famous for its natural scenic beauty and this is one of the main reasons why people all over the world consider it as the best tourist destination. The people of Barbados i.e. Barbadians are really enthusiastic about evening tea and gossip and they are passionate about their national sport i.e. cricket. Some of the other sports that they like are golfing and scuba diving. If you are planning to visit Barbados, then you should keep certain facts in mind so that you can explore the place in a better manner. In this article, you will read about 30 interesting facts about Barbados.

1. The people of Barbados are known as the Barbadians. In 1627, colonies were established by the British to start cultivation of cotton and tobacco. However, sugar plantations were created during the 1640s which helped them earn a good amount of profits.

2. The largest revolt by the slaves of the Barbadian history was the Bussa’s Rebellion which took place during the 14th to 16th April 1816.

3. This island nation belongs to the Lesser Antilles and is surrounded by the Atlantic Ocean.

4. A very popular singer, Rihanna, was born in Barbados on 20th February 1988. You all know about this singer! There are more celebrities having a love affair with this place. Simon Cowell, the famous artist comes to visit this place every year! If you are in Barbados, you will find some of the famous celebrities walking along the beach sides like Wayne Roone, Gwyneth Paltrow, and you will also find interesting polo matches played by the royal family members!

5. Another beautiful fact about Barbados is that Taylor Woods, who is famous for developing solutions and strategies for real estate got married to Elin Nordegren, his Swedish girlfriend.

6. One of the top 10 national heroes of Barbadian i.e. Sir Garfield Sobers was born in Bridgetown, Barbados.

7. The name Barbados got its name from the ‘Bearded Fig Trees’ and this country got its independence on 30th November 1966 from the hands of the British. They have celebrated their 50 years of independence in the year 2016. However, you will find traces of British influence for example, many of them have British names, there are places having names like Buckingham, Cambridge, etc. Barbados still have their connections with British Monarch in spite of getting independence.

10. St. James Parish Church is one of the oldest churches of Barbados. The ‘pride of Barbados’ is the national flower. There is a very funny fact about this flower. The leaves of the flower are immersed in breast milk and it is given to the breastfeeding babies to stop them from crying.

12. One of the main tourist destinations of Barbados is the Caribbean. Bridgetown, the capital city of Barbados is considered to be a UNESCO World Heritage Site. It has been given this title because the old towns were built in the 17th, 18th and the 19th century.

13. The national aim and objective of Barbados are ‘Pride and Industry’.

14. Barbados was the only holiday destinations which got a privilege to have a scheduled flight to Concord. The flight was decommissioned and it stopped flying in 2003 but there is a beautiful museum which is situated just beside Grantley Adams, which is the main international airport of the Island. It had a total of 7000 trips from Concord to Barbados and it carried some of the famous personalities like Mick Jagger, Elton John, Pierce Brosnan and Prince Albert of Monaco.

15. There are 3000 hours of sunshine in Barbados every year. It has been recorded that April was the hottest month and January as the coldest month. November is the wettest month.

17. The island has a total of 1500 rum shops. So if you are an ardent lover of rum, then Barbados is the right destination for your next vacation! One of the famous rum which became famous in more than 110 countries was Mount Gay Rum. If you are planning your next destination to Barbados, make sure you visit the distillery.

18. If you happen to be in Barbados, you will come across various naughty monkeys. You will find them in the villa gardens. They are green in color and they usually come from Gambia and Senegal.

19. You will find some of the beautiful and luxurious vacation rentals and villas in the world. For example, you can book your stay at Greensleeves where you can book your stay for your next vacation. The local dance performances in Barbados are simply mesmerizing and the dancers will never fail to amaze you! You will find some of the incredible beach restaurants, for example, the fish pot, Tides, the cliffs and the Lone Star.

20. In contrast to point number 19, Barbados was earlier covered with rainforests. There were no villas and no resorts. The place was entirely covered up the rainforests and the place was inhabited by wild pigs.

21. In November 2016, Barbados tried to remove the state head i.e. Queen Elizabeth II. This revolution overlaps with their 50th Independence day of Barbados.

22. Barbados is home to more than millions of tourists every year which includes not only the land-based tourists but also the cruise passengers.

23. If you are in Barbados, you will find that there is delectable and wide assortment of pork dishes and recipes. So you can clearly say that pork is one of the famous dishes of the Barbadians. They are extremely fond of Pork!

24. The St. James town, which is also known as the Holetown, got its name from the king of England (King James I). This is the main site where St. James Parish Church was built.

25. The national sport of the country is Cricket and the Barbadians are quite obsessed with this game. Though the island is small and tiny; it has been able to produce some of the legends of cricket. Barbados has one of the cricket grounds which are quite famous. The ground is named as the Kensington Oval.

26. Barbados is considered to be one of the best islands of the Caribbean that can be visited during the off-season. This is because the last time Barbados had faced a hurricane was nearly 44 years back!

27. Mongoose was exported to Barbados from India in order to control the problem of rats. However, the mongoose fed on snakes who are the main rat killers. This led to an uncontrolled increase in the population of rats.

29. Though the island is small, the country has one of the dense populations of more than 285000. Despite the fact that Barbados is surrounded by the Atlantic Ocean, it has pure piped waters which you won’t find in the other islands.

30. Barbados accounts for 97% of the literacy rate which is considered as the third highest in the world. It is mandatory for the students below 16 years to attend school.

Another important fact that you should know is that the legal drinking age in Barbados is 18 years. However, children between 10-17 years can take alcoholic beverages only if they are complemented by their parents. 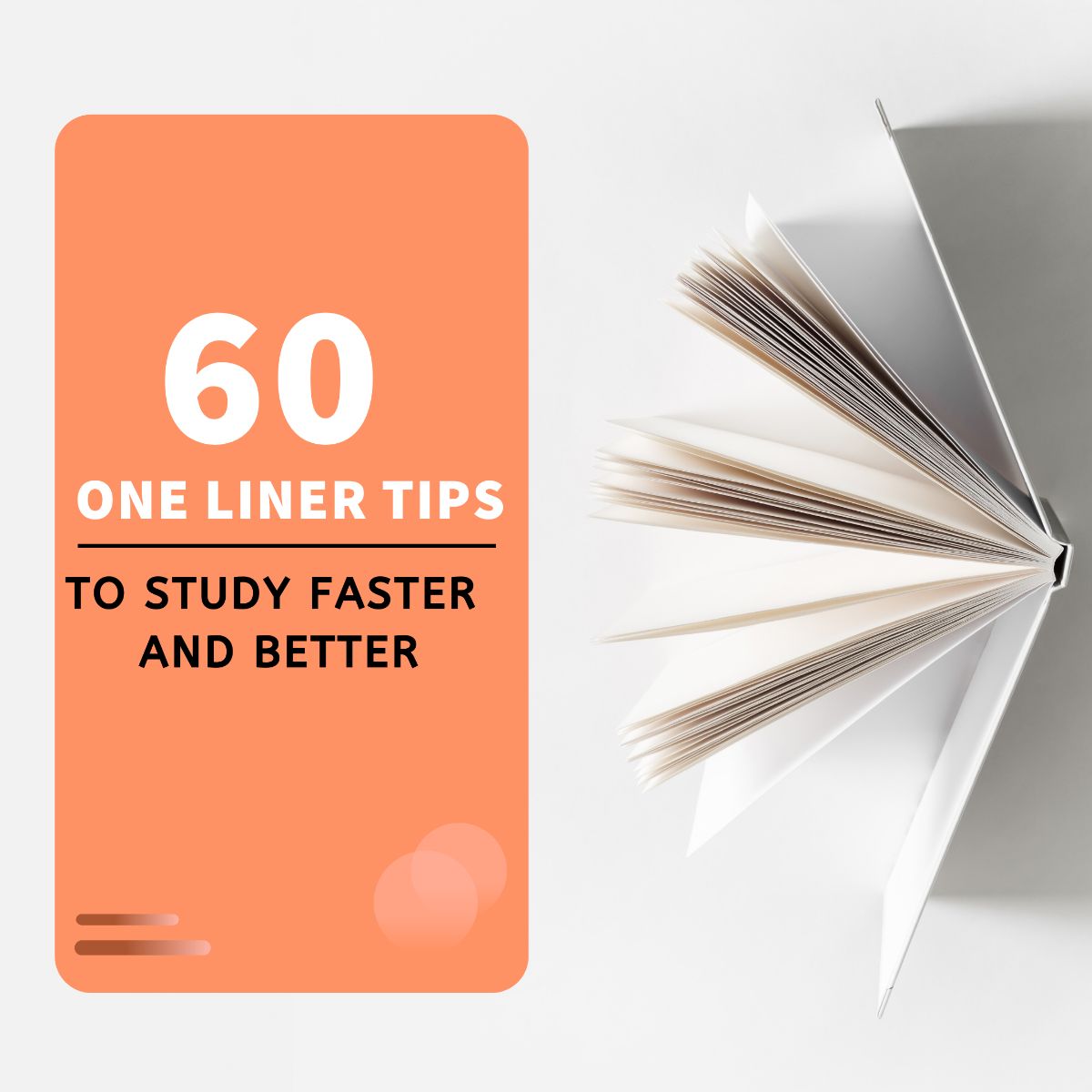 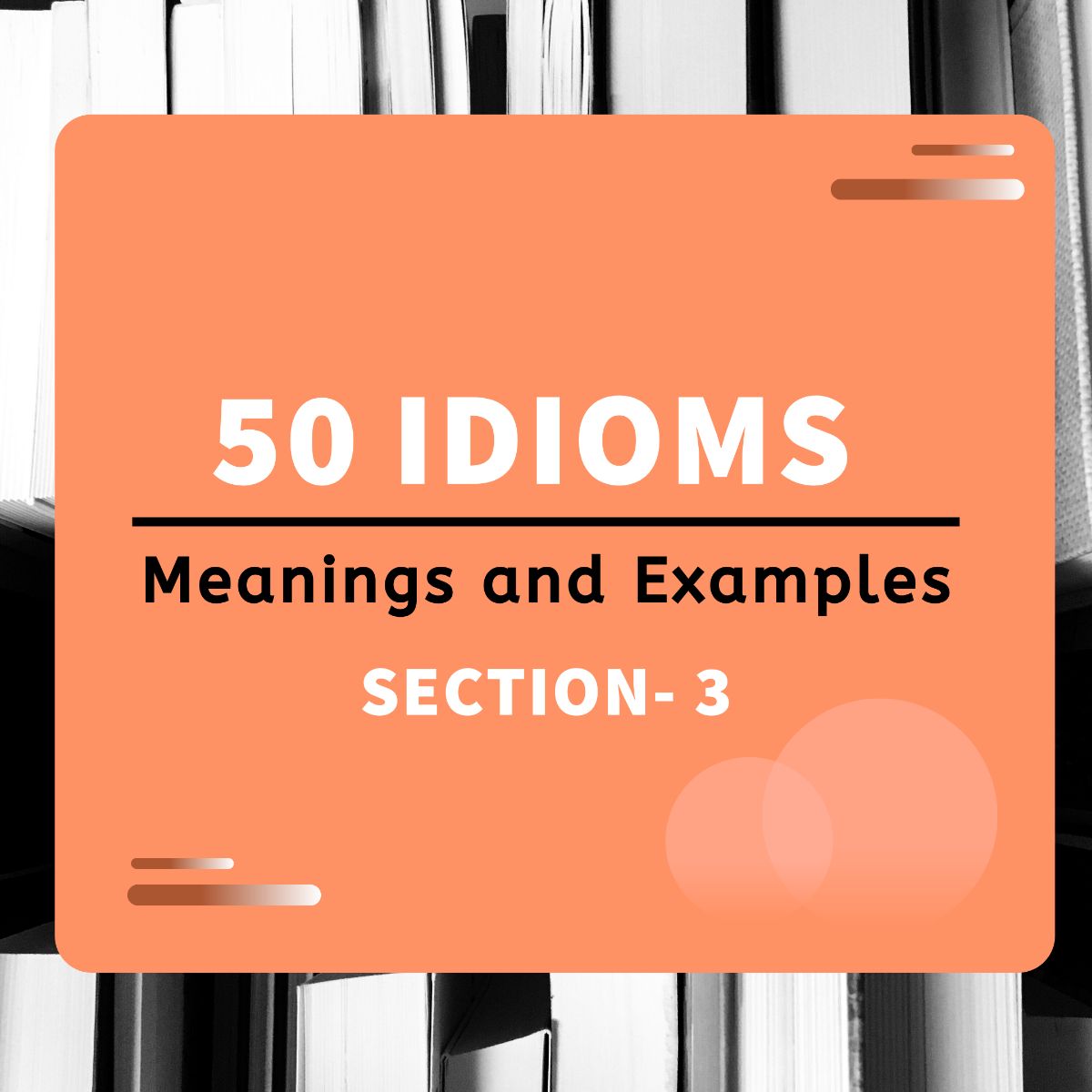 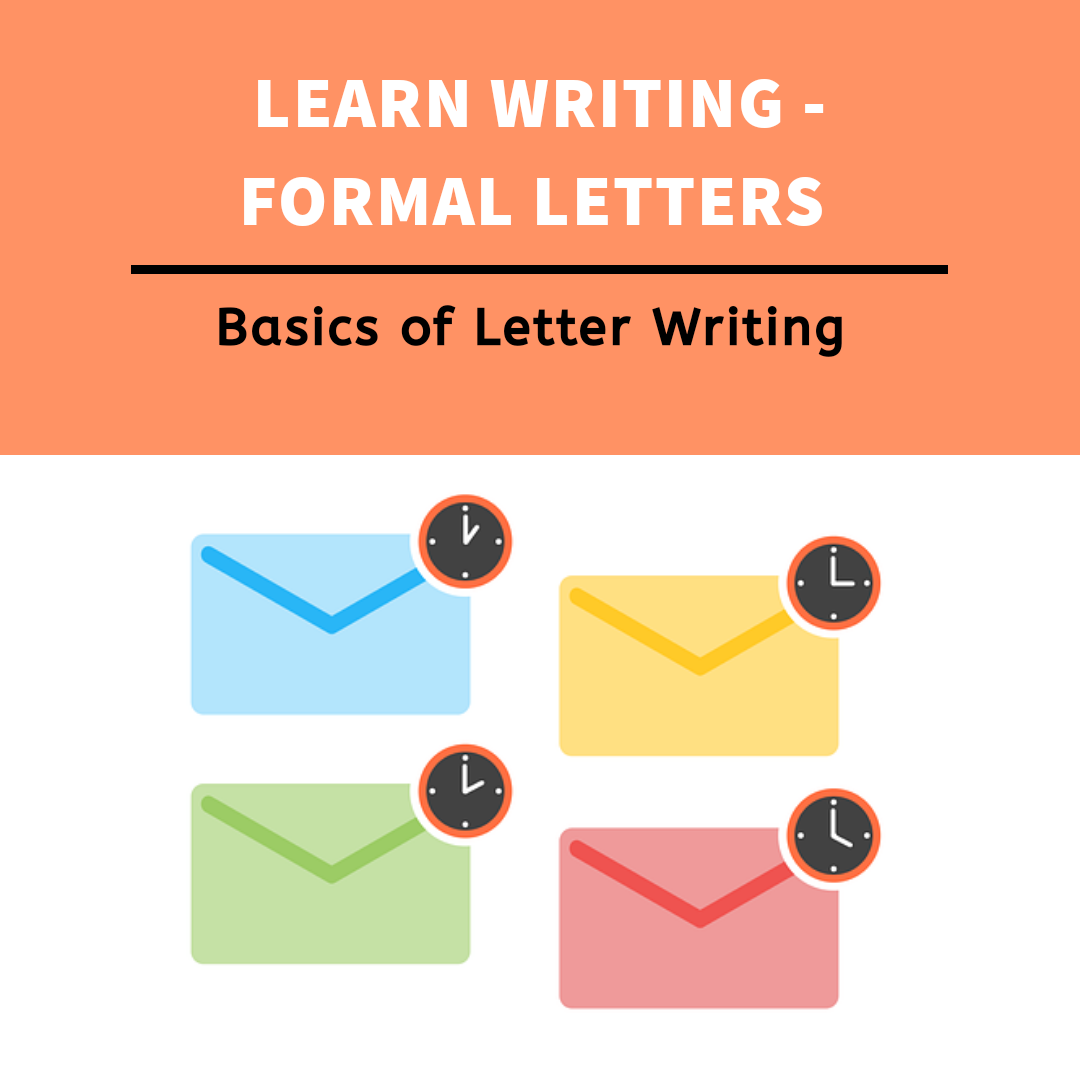